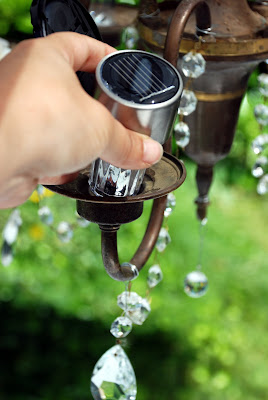 I've been wanting to make an outdoor chandelier.


Yesterday while I was running all over town doing errands (wow its hot out finally!) I managed to stop at this funky old place Hippo Hardware to check out their lighting supplies... I purchased an old piece-o-crap beat up simple chandelier frame, I ripped out the guts (the electrical lights and wires) and hung it outside. I mean to paint it, for now it just looks like weathered brass, I sorta like its ghetto-fabulousness at the moment :) Hippo also sells prisms and sparkly bits to fix chandeliers, so I bought a bunch of that stuff too and hung some bling off the old frame. I bought some cheap solar lights from the hardware store (the things you put along your path to light it up at night) and ripped the sticks off them so they can stick into the part of the chandelier that supposed to hold lights. I also played around with putting citronella candles in the chandelier - which looks great and produces a lot of light - however I like how the solar lights stay on regardless and lets the chandelier sparkle in the darkness of my backyard at night. Its romantic and beautiful. And its a great re-use of a really ugly old light fixture. Its now resurrected as a beautiful outdoor chandelier to go above my picnic table. I LOVE it.

for more pictures of the chandelier: check out my flickr
Posted by Leah at 3:33 PM

The sneak peek at the chandelier looks great! I hope we get to see more of it as it is completed!

Love!!! I want to make one too! Also love the make-over BTW:)

Oh, Leah, it is ghetto fabulous, but in the best kind of way!!!!

Leah
As an emerging glass artist - I enjoy sharing my adventures in glass. I teach torchworking classes and I sell my work thru shops and galleries.

Watch a Video about My Work at the Portland Saturday Market 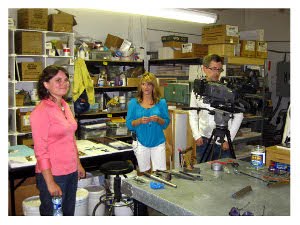 on TV with Better Portland

Watch a Video about Making Curli-Ques 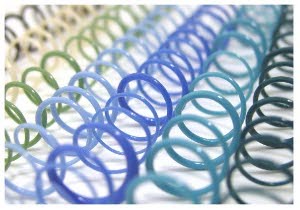 learn to do this, in class with me or with my video on youtube

Make Your Own Mobile Kit 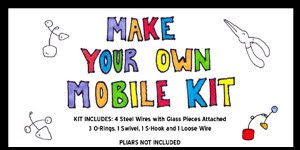 purchase a little kit from me! 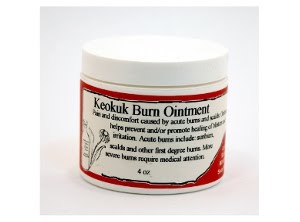 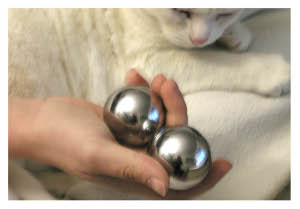 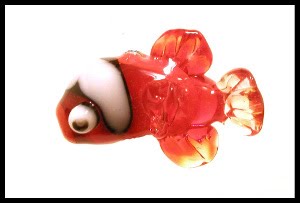 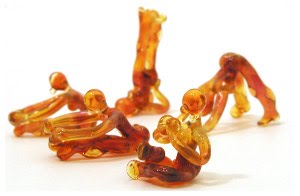 the story behind my little yoga creations 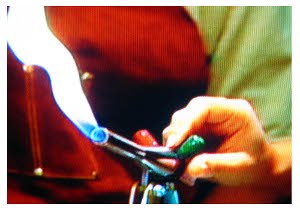 another one of my favorites

This is a Flickr badge showing public photos from LeahPellegrini. Make your own badge here.

This is a Flickr badge showing public photos from the Catchy Colors group pool. Make your own badge here.